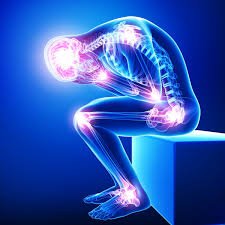 Fibromyalgia causes are still a bit of a mystery, but about 5 million people in the United States alone battle this condition every day. Fibromyalgia is sneaky in that it doesn’t show up in any X-rays or lab results, and it can only be diagnosed based on symptoms, which most commonly include pain in tender spots such as joints and muscle tissue.

As with anything, there are varying degrees of symptoms, ranging from slight discomfort to constant pain and fatigue that severely impacts daily life. Many people were thought to be making their symptoms up since this condition flies so low below the radar, but it has now been widely accepted as all too real.

In another bit of puzzling news, women, on average, develop fibromyalgia 10 times more often than men, so genetics are thought to play a role, and scientists are hard at work trying to identify the specific genes.

Other than pain and general stiffness, the most common symptom of fibromyalgia is the fatigue that comes with it. This fatigue isn’t just an ordinary tiredness from a long day, but a complete full-body exhaustion, which often lasts for an entire day or more. This is thought to be one reason why depression can also develop alongside the condition.

Again, the exact cause(s) of fibromyalgia is still unknown, but doctors and scientists have come up with a few theories:

While fibromyalgia and fatigue go hand-in-hand, exercise can actually help combat the symptoms, as long as you consult your doctor first to rule out any other conditions. As with any exercise, it’s possible to overdo it, so it’s best to start off with light exercises, such as walking or water aerobics, to decrease stress on the joints and muscles.

Massage, done correctly and gently at first, can help work through some of the tension and muscle imbalances that often accompany fibromyalgia. Working in tandem with a chiropractor, the masseuse can work on the muscle tissue, while your chiropractor can work to correct any misalignment in your spine that could lead to the nerve damage and possible cause of your fibromyalgia.

Dr. Mohr and his qualified massage therapists have experience in treating fibromyalgia symptoms. If you would like to discuss the best treatments for your specific situation, please call our office or request an appointment here.