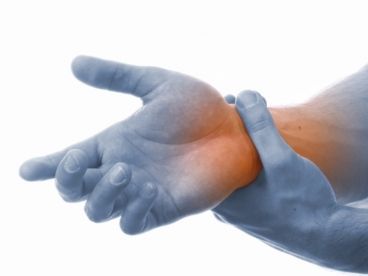 You’ve Likely Heard the Term Carpal Tunnel Syndrome, But Do You Actually Know What It Is?

There is a median nerve that runs through your forearm, and when this becomes squeezed or pinched at the wrist, you may experience carpal tunnel syndrome. This nerve is what controls the sensations of feeling and touch in your thumb and all of your fingers, except the pinkie. And if you’re wondering how the syndrome got its name, the passageway that the median nerve runs through is called the carpal tunnel, which is located at the base of the hand.

Compression of the nerve can occur when nearby tendons are irritated or swell up and narrow the tunnel, resulting in numbness, pain, weakness, and/or discomfort in the wrist and hand, which may also extend further up the arm.

Some things to watch out for that could alert you to your carpal tunnel problems are itching, tingling, burning, or numbness in your hands and/or fingers, most commonly the thumb index and middle fingers. Some patients even describe their fingers having a heavy and swollen feeling, without much actual swelling visible to the eye. Other symptoms include weakness when doing everyday tasks like gripping objects or shaking hands. Sometimes the resulting numbness can also result in a loss of sensation and inability to distinguish between hot and cold.

There isn’t any one sole cause of carpal tunnel syndrome, and there actually isn’t much data to support the widely-believed notion that long hours spent typing at a keyboard is one of the most common causes. More often than not, the problem begins from a combination of issues and overuse that cause swelling around the median nerve. It is also believe that genetic predispositions are also at work, as some people have a smaller carpal tunnel than others, further limiting space for swelling and inflammation. Aside from general swelling, water retention during menstruation or pregnancy can also be enough to trigger symptoms.

Are You At High-Risk?

Speaking of menstruation and pregnancy, women develop carpal tunnel cases three times more than men on average. This could likely be a result of women naturally having smaller canals, which, again, provides less room in the carpal tunnel.

It’s very rare for children to develop carpal tunnel syndrome, but anyone with a nerve disorder is at increased risk, due to an increased sensitivity to swelling and nerve damage in general. And to further debunk the keyboard typing myth, data shows carpal tunnel syndrome is three times more likely to occur among assembly line workers than among heavy computer users that stay on the machine for up to seven hours per day.

As with any health condition, the sooner you are diagnosed the better your chances are for a full and fast recovery. During an examination to diagnose carpal tunnel syndrome, the afflicted areas are checked for signs of tenderness and swelling, and each finger will be tested for loss of sensation.

The first and most common method for carpal tunnel syndrome relief is simply resting the affected areas, which may mean taking time off from work, as the hands are used extensively in almost every profession. If you are having any of the mentioned symptoms and are worried that you may be suffering from carpal tunnel syndrome, call our office or click here to schedule your consultation with Dr. Mohr. He has treated numerous patients who suffer with this syndrome, and he can quickly and effectively diagnose your symptoms and help to fix your pain.